You are here: Home / News & For Parents / Pixar’s New Short Film Celebrates Differences & It Gives Us All The Feels 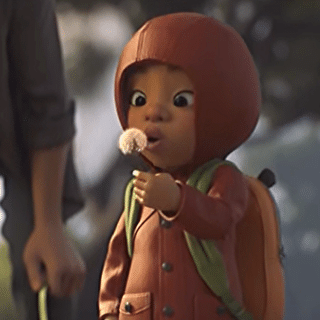 Pixar’s new short film, Float, available now to Disney+ subscribers, is a must see for those who know and care for autistics. The creator of the 7 minute movie, Bobby Alcid Rubio, launched the project as a way to share his own difficult experience as the father of an autistic child.

The heartwarming film, while not explicitly about an autistic child, speaks our community in a special way. The story is about a child who gains a different ability: to float, as the title of the film suggests. The Father of the boy attempts to keep his son’s special ability a secret from the world, hoping to avoid judgment and ridicule that often results from differences.

A unique behavior, appearance, or voice can unfortunately invite unwelcome comments, attitudes, looks, and other expressions that can create a feeling of shame in anyone with differences, including autistics.

However, the son can’t hide his special ability, and the secret soon is obvious. The father must then decide to hide or be openly accepting of his son. At the end of the short film, the father accepts and celebrates his son’s differences.

In a behind-the-scenes video (also available on Disney+), Rubio revealed the autism connection. He explains that when his own son was diagnosed with autism, he did not have the best reaction initially. It was actually his wife that inspired him to tell his story.

His career as an animator provided the outlet for him to create this film as a part of a larger Pixar project called Sparkshorts. The Sparkshorts project is a collection of unique short films that come from individuals in departments that typically play smaller roles in feature Disney Pixar films. The goal is to explore storytelling in news ways and draw from the in-house talent available.

Float reveals the choice that everyone who comes in contact with an autistic person has to make: accept them for who they are, or not. This is a question that almost everyone has to answer for themselves.

Float received a ton of praise, with headlines calling it a “must-watch” short film. It certainly strikes a chord with the autism community, as the quirks and habits of autistics can be distracting or off-putting to the outsider observing, and sometimes embarrassing for the caregivers.

One review of the film questions whether the length of Float hindered its ability to develop the characters and truly process the range of emotions the father was feeling. It could be that a longer version of the film could make an even greater impact. There is only so much a film can do in less than 8 minutes. But we think there is enough to make people think and feel for a few short moments.

The movie sends a quick, special message that parents of all types will enjoy, no doubt. Another review of “Float” from the What’s on Disney Plus website comments:

“It’s a heartwarming story, that means more once you know the background on it, but even if you didn’t watch the extras, the moment between the father and son at the end will no doubt bring a tear to your eye.”